Platypuses are interesting creatures to say the least – they’re mammals, but they lay eggs (putting them in the monotreme category – a small category with just the platypus, echidna and spiny anteater in it), they swim, but also dig burrows on land, they’ve got a bill like a duck and they produce venom.  And now scientists have also discovered that they glow in the dark!

As with a lot of discoveries, this one came about by accident.  A scientist in Wisconsin, USA, was out one night in his yard, exploring with a UV light when he saw a bright pink flying squirrel.  Bright pink, because the squirrel’s fur was emitting a glow under a UV light.

Following on from that, the same scientist, and others, decided to see if other mammals “glow in the dark”, so checked on some specimens of platypus in a museum in Chicago, and sure enough, they were glowing too! Are platypuses bioluminescent or biofluorescent?

Bioluminescence is when animals produce light themselves via chemical reactions (common in a lot of creatures in the deep ocean, and in many birds).  Bioflourescence on the other hand (which is what we’re talking about here with the platypus) is when the animal can absorb UV light, and then re-emit it (but not produce it themselves).  It could be on their skin, scales, feathers, or in this case fur.

What scientists aren’t quite sure about is why.  What purpose does it serve for these mammals to be able to glow?

For other animals there are a variety of reasons – it could be to communicate with others, or to attract prey, or a mate, or it could be to blend in with their bright surroundings (such as flowers).  But with mammals, scientists aren’t quite sure.  It depends on whether other members of their species can see these colours or not (and therefore are using it to communicate) – we humans can’t see light on this spectrum just with our eyes alone, but that doesn’t mean that our furry friends don’t see things in technicolour all the time.

It’s just another fascinating fact about one of Australia’s favourite native animals.

We’ve taken the info for this post from a number of sources:

The New York Times, Platypus Glow Under Backlight.  We have No Idea Why. – https://www.nytimes.com/2020/11/13/science/platypus-glow-ultraviolet.html?auth=link-dismiss-google1tap. Accessed 16/11/20.

Bell, Rachel, Things that Glow Pink in the Night: Why do Some Animals have Fluorescent Colouration Under Ultraviolet Light?, http://thatslifesci.com/2019-06-10-Things-That-Glow-Pink-in-the-Night-RBell/. Accessed 16/11/20. 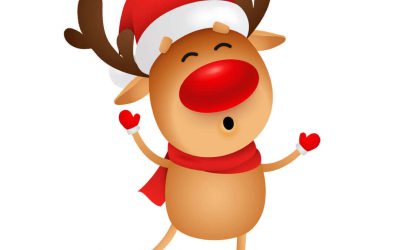 The “horse” power of Santa’s Reindeer

The "horse" power of Santa's Reindeer We've previously looked at how fast...