Ever wondered what the biggest animal is? The smallest? Longest? Fastest? Smartest? Let’s have a look!

The stats around the size of blue whales is quite phenomenal. They can measure up to 30m and weigh a whopping 173 tonnes! Even the “little” adults can weigh 45 tonnes! To put that into perspective, a standard 150sqm single-story house can weigh around 150 tonnes. A bus is around 18 tonnes, and an elephant can be up to 7 tonnes. So it is safe to say that blue whales are HUGE!

Any idea what the smallest animal in the world is? We’re not talking about insects or organisms (they’re super-tiny!), but the smallest mammal? Well, there are a couple of contenders. If we’re talking about size by mass or weight, then it’s the Etruscan Pygmy Shrew. Found in parts of the Mediterranean and Asia, these little guys weigh on average a teeny tiny 1.8gms! They are around 4cm long (excluding their tail). 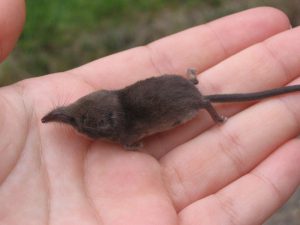 That’s about the weight of a pen (and half it’s length). 🖊️ If we’re talking about size by length, then the winner is the Bumblebee Bat. These minuscule mammals are about 2gm, but only around 3cm long! They are found in caves in Thailand and Myanmar.

So you decide which criteria you think best applies and who wins – the lighter shrew, or the shorter bat! 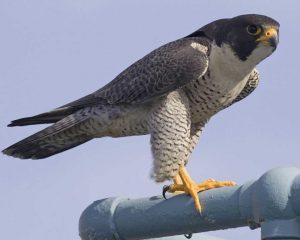 This bird of prey has been recorded at a top speed of 389km/hr! They reach these awesome speeds while performing the stoop – a steep dive from a great height towards the unsuspecting prey below. The speed of a cheetah can be up to 120km/hr – about the same speed as you can drive your car (in some places) on the highway.

Well, even so, it’s fair enough, given that blue whales can be up to 30 metres long! That’s around the same length TWO buses end to end! What about on land? Anacondas and pythons are pretty long.

Anacondas can get to around 8.5m, and pythons to about 7.5m. So line up four of those end on end and you’d run to around-about the length of a blue whale!

We don’t feel it is fair to pick one, and actually, it’s tough to decide, as it’s a tricky thing to measure, and also there’s such a wide range of factors (after all, not all of us humans are of equal intelligence…). So we thought that we’d talk about a few contenders… Chimpanzees – these guys know how to make and use tools, they form organised groups and they have a pretty good memory. They are also capable of empathy and self-awareness.

Elephants – helpful and empathetic, elephants have been seen to console other elephants, can communicate with each other and exhibit advanced play.

Dolphins – dolphins actually have quite large brains. They are great at inventing games, love to socialise and communicate with each other, and even have their own “names”, which are individual whistles, so they can greet each other when they meet up.

Dogs – we love man’s best friend, and often dogs are more than just companions. They help those with visual impairment, they can seek out drugs and hunt down criminals, and they can be taught cool tricks like fetching and playing dead.

So we’ll let you decide here, but suffice to say, a lot of animals are probably more intelligent than we often give them credit for.   We hope you’ve enjoyed our little series – if you want to feed your love of science, sign up for a free trial today!