Ever heard of Lawnchair Larry? On the 2nd of July in 1982, Larry Walters carried out a lifelong dream of flying in a rather unorthodox manner.

Larry had tried to join the US Airforce but had been denied due to poor eyesight. So the next best thing (obviously) was to use a whole lot of balloons and a deck chair! Larry purchased a whole lot of weather balloons, around 2.4m in diameter, and some helium to inflate them. He tied 43 of these to a standard deck chair, packed some sandwiches, beer, a parachute, and a pellet gun (to shoot the balloons when he wanted to come down). 🛩️

Surprisingly, this all worked, and Larry rose to a height of nearly 16,000 feet and floated along for 45 minutes. Because he’d taken off from his suburban backyard, it wasn’t long before he found himself in commercial airspace near an airport. So using his pellet gun, he shot a couple of balloons to start his descent. He would have shot more, but he accidentally dropped the pellet gun. So the descent was slow and ended when he was tangled up in power lines, causing a blackout. 😲

He was arrested on landing, and charged for violating federal airspace. Despite this, Larry was said to have been pretty excited to have achieved his dream of taking flight, albeit in a pretty crazy way.

Lots of others have tried to emulate Lawnchair Larry, but we strongly advise that you do not try this at home kids.😁 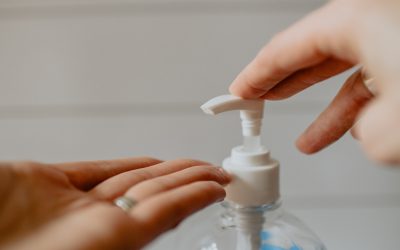